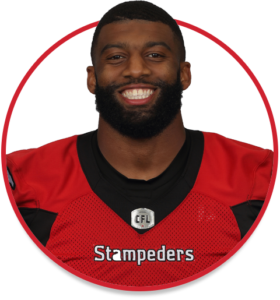 College
Middleton played 47 games and was a two-year starter over four seasons (2015-18) at Georgia State. He finished his Panthers career with 191 tackles, good for sixth in school history. The linebacker also recorded 8.5 tackles for loss, 3.5 sacks and six knockdowns. Middleton finished third on the team with 70 tackles as a senior in 2018 and helped Georgia State set a school record with 24.8 points allowed per game in 2017.

Personal
Middleton attended Brookwood High School in Snellville, Ga., where he was a team captain and led the state in solo tackles as a senior. He was teammates with current Stampeder quarterback Nick Arbuckle at Georgia State in 2015. Middleton majored in economics.