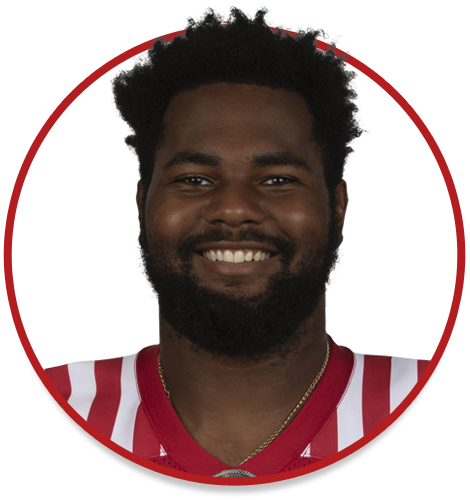 Odom signed with the National Football League’s Atlanta Falcons as an undrafted free agent on May 1, 2017. He attended training camp and was waived on Sept. 2, 2017. He was claimed by the Green Bay Packers on Sept. 3., 2017, and appeared in seven regular-season games, making five tackles. Green Bay released Odom on Sept. 1, 2018. In 2019, he played with the Salt Lake Stallions in the Alliance of American Football. He rejoined the Falcons on Apr. 15, 2019, and was released at the conclusion of training camp. He was added to Washington’s practice squad on Sept. 2, 2019, was released on Oct. 8, 2019, and re-signed by Washington on Nov. 20, 2019. He appeared in four games and recorded 10 tackles and two sacks.

Odom played 49 games over four seasons (2013-16) at Arkansas State. He recorded 87 career tackles for the Red Wolves including 23 tackles for loss and added 15.5 sacks, four forced fumbles and four passes defended as well as three blocked kicks. Odom was first-team all-Sun Belt Conference as a senior in 2016 as he finished tied for second in the conference with 12.5 sacks.

Odom earned all-district honours in football and also competed in track and field at Martin High School in Arlington, Tex., for the Warriors. Odom’s father Cliff played 13 NFL seasons with the Cleveland Browns, Baltimore/Indianapolis Colts and Miami Dolphins. His older brother Clifton was a defensive back at Baylor University.