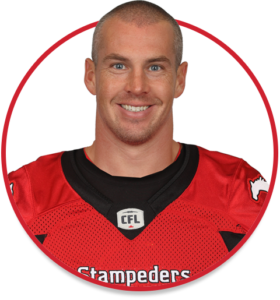 2018
(Calgary) Greenwood joined the Stampeders on Sept. 12 and after spending one week on the practice roster, he dressed for the final six regular-season contests. He recorded two defensive tackles and five special-teams stops. He was also in uniform for both the Western Final and the Grey Cup and had a total of three special-teams tackles in the post-season.

2017
(Edmonton) Greenwood suffered a knee injury on the first day of training camp and missed the entire season.

2016
(Toronto) Greenwood played 12 games and recorded 70 tackles – including three tackles for loss – two sacks and three knockdowns. He had one sack and a career-high nine tackles in an Oct. 15 game against Edmonton.

2015
(Toronto) Greenwood appeared in eight regular-season games and accumulated 36 defensive tackles, three special-teams tackles, one sack, one fumble recovery and one forced fumble. He also played in the Eastern Semi-Final and made nine tackles.

College
Greenwood played 31 games over four seasons (2006-09) at Concordia. He was a first-team all-Canadian in 2009 while winning the Presidents’ Trophy as the most outstanding defensive player in the country. He led the Quebec conference in tackles during his final season with the Stingers as he amassed 52 solo stops and 20 assisted tackles. Greenwood added two sacks and a forced fumble.