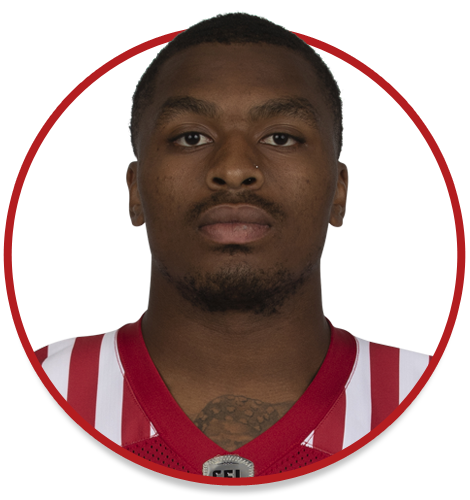 Williams signed with the Winnipeg Blue Bombers on June 7, 2017, and was released on June 17, 2017. He attended mini-camps with the National Football League’s Oakland Raiders and Detroit Lions and then signed as an undrafted free agent with the New York Jets before being waived on Apr. 18, 2018. Williams signed with Washington on Aug. 13, 2018, and was released on Sept. 1, 2018. He was signed by the Cleveland Browns on Dec. 5, 2018, and was waived on Feb. 25, 2019. Williams signed with the Seattle Seahawks on July 24, 2019, and was waived on Aug. 1, 2019. He then joined the Alliance of American Football’s Memphis Express later that year and also played for the XFL’s Tampa Bay Vipers in 2020. In five games for the Vipers, he had 23 catches for 338 yards and one touchdown. The yardage total was second-best in the XFL when the pandemic forced the league to shut down.

Williams played 41 games over four seasons (2013-16) at Jackson State. He tallied 183 receptions for 2,481 yards and 19 touchdowns. He also had 11 kickoff returns for 207 yards while with the Tigers. He finished his collegiate career as the school’s all-time leader in receptions.

Williams attended East St. Louis Senior High School and in his senior season with the Flyers he posted 39 catches for 729 yards and eight touchdowns. He added three more touchdowns on returns and was a second-team All-Metro selection.