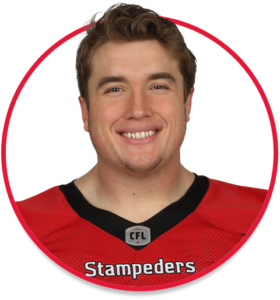 2018
(Calgary) Brown attended Calgary’s training camp before returning to university. Due to his ongoing recovery from a knee injury, he did not play in the pre-season.

Personal
Brown is an alumnus of Regina Mundi Catholic College in London, Ont.