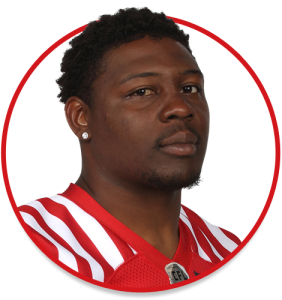 Mills signed as an undrafted free agent with the National Football League’s Detroit Lions on May 3, 2021. He was waived at the conclusion of training camp on Sept. 1, 2021, and was signed to the practice squad. He was released from the practice squad on Sept. 2, 2021.

Mills played 18 games over two seasons (2019-20) at Nebraska. He recorded 227 carries for 1,141 yards and 13 touchdowns in addition to 27 receptions for 208 yards. Mills was an honourable mention all-Big Ten in 2019. Prior to joining the Cornhuskers, he spent 2016-17 at Garden City (Kansas) Community College, rushing 243 times for 1,417 yards and 19 touchdowns in 13 games. In 2018, Mills led the National Junior College Athletic Association with 19 rushing touchdowns as the Broncbusters reached a No. 2 national ranking. As a freshman, he played nine games at Georgia Tech, tallying 152 attempts for 771 yards and 12 touchdowns. Mills added two catches for 13 yards and one touchdown for the Yellow Jackets and was named the MVP of the 2017 Gator Bowl.

Mills attended Ware County High School in Georgia. He started every game in his career with the Gators, running for 1,211 yards and 22 touchdowns as a senior. Mills was also an all-state linebacker that year, making 96 tackles including 11 tackles for loss. He majored in child, youth and family studies at Nebraska.