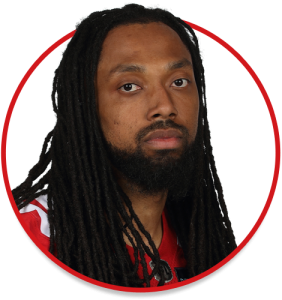 Davis originally signed with the Stampeders on Feb. 28, 2022, and he was released on June 4, 2022, at the conclusion of training camp. He signed with the National Football League’s Kansas City Chiefs as an undrafted free agent on May 4, 2019. He was waived on Aug. 31, 2019, and later placed on Kansas City’s injury list. Davis was released by the Chiefs on June 5, 2020.

(Calgary) Davis attended training camp with the Stampeders. He dressed for both pre-season games and had two catches for 51 yards including a 32-yard reception in the home contest against BC.

Davis played 39 games over four seasons (2015-18) at Michigan State. He had 100 career catches for 1,450 yards for the Spartans with 14 receiving touchdowns. Davis also had four carries for 80 yards and one score. He was named third-team all-Big Ten following his junior season after leading the team with 55 catches, 776 receiving yards and nine touchdowns. Despite being limited to six full games as a senior because of an Achilles injury, he made 31 catches for 474 yards and four majors.

Davis was a two-time first-team all-conference performer at Highland Springs (Va.) High School. As a senior for the Springers, he made 37 catches for 516 yards and six touchdowns in eight games. Davis also competed in track and field for Highland Springs. He was a psychology major at Michigan State.