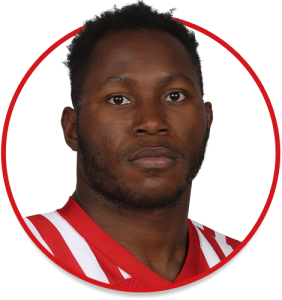 Obinna played 46 games over five years (2015-19) at Sacramento State. He earned all-Big Sky first-team honours in both 2017 and 2019 and amassed 136 tackles including 47 tackles for loss, 33.5 sacks, four forced fumbles and three fumble recoveries over the course of his career with the Hornets. He was granted a medical hardship and an additional year of eligibility after being limited to two games in 2018 due to a back injury.

Obinna played on both sides of the ball at Tracy (Calif.) High School. He was a first-team all-conference honouree after helping the Bulldogs win the league title in his senior season. Obinna was a computer science major at Sacramento State.