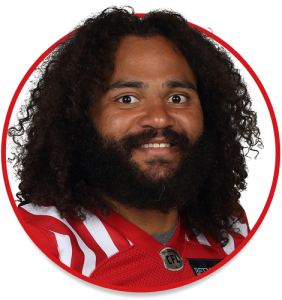 Thornton was selected in the third round (86th) overall by the Indianapolis Colts in the 2013 National Football League draft. He played 37 games and made 32 starts over three seasons (2013-15) with the Colts. Thornton signed with the Atlanta Falcons on Mar. 21, 2017, but announced his retirement on May 9, 2017. He returned to the field in 2019 when he signed with the Arizona Hotshots of the Alliance of American Football. Thornton attended NFL training camp with Washington in 2019 and was waived on Aug. 31, 2019.

Thornton played 42 games and made 35 starts over four seasons (2009-12) at Illinois, seeing action at both guard and tackle. He was voted second-team all-Big Ten by the coaches following his senior season.