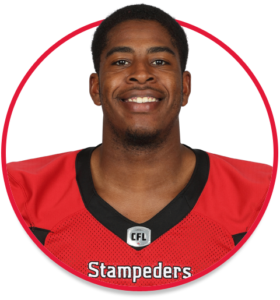 2018
(BC) McLennan was in uniform for all 18 regular-season games and accumulated 16 defensive tackles including four tackles for loss, nine special-teams tackles and two sacks. His first sack as a Lion came in Week 13 against Ottawa. McLennan also dressed for BC’s Eastern Semi-Final crossover game against Hamilton and had one tackle and one forced fumble.

2017
(Montreal) In his first CFL season, McLennan played 11 games for Montreal including one start. He recorded 17 defensive tackles including two tackles for loss, three special-teams tackles, one sack and one fumble recovery. McLennan recorded his first CFL sack in a Week 11 game against Ottawa and had a season-high four tackles in Week 13, also against the RedBlacks.

College
McLennan played linebacker for 25 games over two seasons (2014-15) at Washington State. He recorded a total of 63 tackles for the Cougars including 14.5 tackles for loss and also had 10.5 sacks, one forced fumble, two pass breakups and a blocked extra point. He had four tackles and a sack in the Cougars’ win over Miami in the 2015 Sun Bowl. McLennan transferred to Washington State after two seasons at El Camino Junior College in Torrance, Calif. In two seasons with the Warriors, he had 156 tackles including 20 tackles for loss, 4.5 sacks, two interceptions including one that he returned for a touchdown, four fumble recoveries and one forced fumble.

Personal
McLennan earned first-team league honours during his senior season as Leuzinger High School in Lawndale, Calif. He is an avid fan of the NBA’s Los Angeles Lakers.