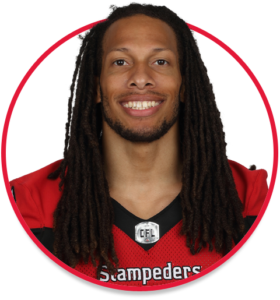 College
Gilbert played four seasons (2014-17) at the University of the Incarnate Word, a Division I Football Championship Subdivision school in San Antonio, Tex. He played receiver for the Cardinals and in 37 games he accumulated 66 catches for 963 yards and seven touchdowns.

Personal
Gilbert also competed in track at Incarnate Word, competing in the 200m and 400m races as well as relays. He participated in football, basketball and track at Robert E. Lee High School in Baytown, Tex.