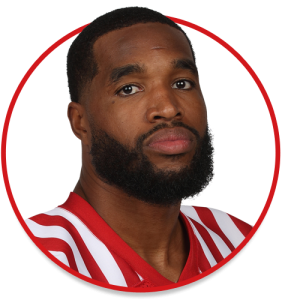 Thurman originally signed with the Stampeders on May 28, 2017, and played two seasons in Calgary. He signed a futures contract with the National Football League’s Chicago Bears on Jan. 4, 2019. Thurman attended training camp with the Bears and was released on Aug. 31, 2019. He then joined the XFL’s DC Defenders and recorded 28 tackles, a forced fumble and an interception returned for a touchdown in five games. Prior to joining the Stampeders in 2017, Thurman attended rookie camp with the NFL’s San Francisco 49ers.

(Calgary) In his return to the Stampeders, Thurman played all 14 regular-season games and made 14 starts at weak-side linebacker. He had 62 tackles including one tackle for loss, one special-teams tackle, three sacks, three forced fumbles and three knockdowns. He served as one of Calgary’s team captains. In the Western Semi-Final, Thurman registered five defensive tackles, three special-teams tackles and one interception.

(Calgary) Thurman started and played 17 games at weak-side linebacker for the Stampeders, recording 82 defensive tackles including one tackle for loss, 17 special-teams stops, two sacks, two knockdowns, one interception, one fumble recovery and one forced fumble. He was on the one-game injury list in Week 20. Thurman started both post-season games for Calgary, recording four tackles in the Western Final and two tackles and a forced fumble in the Stamps’ Grey Cup victory over the Ottawa Redblacks.

(Calgary) Thurman played all 18 games including 12 starts at outside linebacker and recorded 52 defensive tackles including one tackle for loss, 13 special-teams tackles, one sack, two interceptions, two forced fumbles, one fumble recovery, one knockdown and five quarterback pressures. He also started both post-season games, recording six tackles in the Western Final and seven defensive tackles including one tackle for loss, one special-teams tackle, one sack, one quarterback pressure and two knockdowns in the Grey Cup.

Thurman played 48 games over four seasons (2013-16) at Indiana State. Thurman finished his career with the Sycamores as the school’s 11th all-time leader in total tackles with 340. He also had 28 tackles for loss, five interceptions, seven forced fumbles and five fumble recoveries.

Thurman competed in football and wrestling for the Panthers at Proviso West High School in Hillside, Ill. He grew up in Bellwood, Ill.