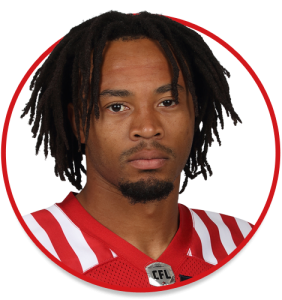 (Calgary) Elliott was placed on the practice roster upon joining the Stampeders in September and remained there until being activated for the final regular-season contest. He made the start at SAM and had four tackles, one fumble recovery and one knockdown.

Elliott played his senior season at Florida State in 2015. In 12 games, he had 37 tackles including four tackles for loss, three pass breakups, two forced fumbles, one interception and one sack for the Seminoles. He began his college career at Tallahassee Community College before transferring to Florida State as a walk-on where he was on the scout team for his first two seasons.

Elliott attended Rutherford High School in Panama City, Fla., and was an all-district and all-county receiver and defensive back as a senior in 2011. Elliott’s lone interception at Florida State came off current Baltimore Ravens quarterback Lamar Jackson.