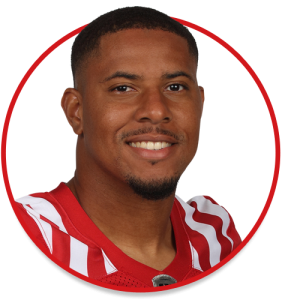 (Calgary) Moxey was under contract with the Stampeders but the season was cancelled because of the global pandemic.

(Calgary) Moxey appeared in five games for the Stampeders and saw action on special teams and as a backup defensive back. He had two defensive tackles and two special-teams tackles. Moxey started the season on the practice roster before being activated and making one special-teams tackle in his CFL debut in Week 7. He was on the active roster for four consecutive games in September but saw his season come to an end when he suffered an injury during a Week 15 contest in Toronto.

Moxey played four seasons (2013-16) at Boise State. In 52 career games including 38 starts for the Broncos, he recorded 134 total tackles including 5.5 tackles for loss and three interceptions. Moxey also had one sack, one forced fumble, 31 pass breakups and 12 kickoff returns for an average of 21.5 yards. He earned second-team all-Mountain West honours in 2016 after leading the team with 13 pass breakups and making 50 total tackles including 4.5 tackles for loss.