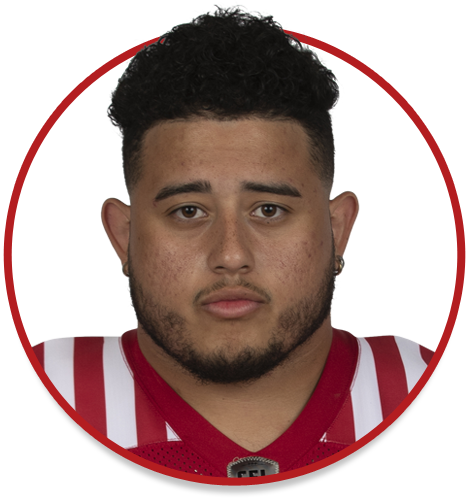 (Toronto/Calgary) Zamora started the season with the Argonauts and appeared in two games as a reserve offensive lineman before being released on July 2. He signed with Calgary on July 11.

(Calgary/Toronto) Zamora started the season on the Stampeders’ six-game injury list. After six games, he was placed on the practice roster and remained there until he was claimed by the Toronto Argonauts on Nov. 2. He made his CFL debut as a reserve offensive lineman in a Week 15 game against Hamilton and was a starter in Week 16 against Edmonton. Zamora was also in uniform for the Eastern Final.

In four seasons (2016-19) with St. Francis Xavier, Zamora appeared in 31 games and saw action both at centre and guard. Zamora was a three-time Atlantic University Sport all-star and a member of the X-Men’s conference-championship squads in 2016 and 2019. He was selected to the U Sports East-West Bowl in 2019.

Zamora studied finance at St. Francis Xavier. He attended Canada Prep Academy in St. Catharines, Ont., where he was a four-time team captain and was named most improved player, offensive MVP and team MVP.