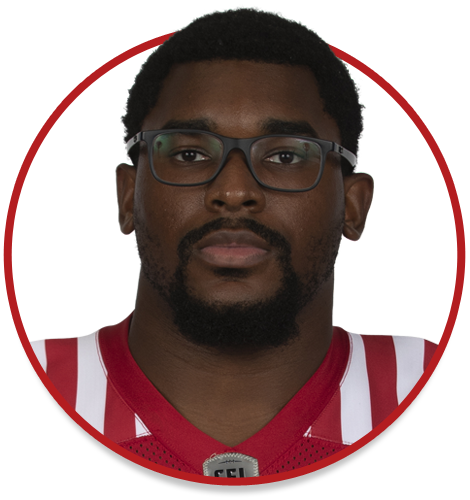 (Calgary) Morgan was under contract with the Stampeders but the season was cancelled because of the global pandemic.

(Calgary) Morgan signed with the Stamps on Sept. 30 and spent four weeks with the team during the expanded practice roster period before being released.

Morgan started in all 43 games over four seasons (2013-16) at Kutztown. In his senior season, he helped Kutztown set a single-game record with 459 rushing yards and was the first Golden Bear in school history to receive the Gene Upshaw Award as the top lineman in Division II. Also in 2016, Morgan became the first player in Pennsylvania State Athletic Conference history to be named PSAC East Offensive Athlete of the Year. He was named to the Pennsylvania State Athletic Conference East first all-star team for three straight seasons from 2014-16. Morgan was a redshirt for the 2012 season.

Morgan attended Parkway Northwest High School in Philadelphia. He majored in leisure and sport studies at Kutztown where he was teammates with current Stampeders running back Terry Williams for two seasons.