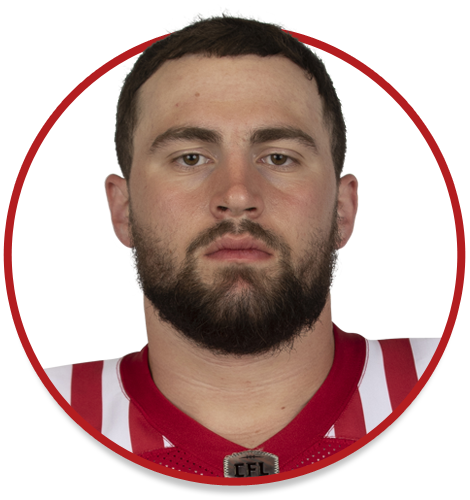 Good-Jones signed with the National Football League’s Philadelphia Eagles as an undrafted free agent on Apr. 25, 2020, and was released on Sept. 3, 2020, following training camp.

(Calgary) In his rookie season, Good-Jones played seven regular-season games and made seven starts at right tackle. He was part of a unit that allowed the second-fewest sacks in the league and blocked for tailback Ka’Deem Carey, who led all running backs with seven rushing touchdowns and was second in the league in both rushing yards and yards from scrimmage. He was placed on the six-game injury list prior to the Labour Day Classic due to a knee injury and was reactivated prior to a Week 12 contest against Saskatchewan. Good-Jones was the starter at right tackle for the Western Semi-Final.

Good-Jones played and started 49 games over four seasons (2016-19) at Iowa State. He was named honourable mention all-Big 12 Conference in 2017 and 2018 and was named first-team all-conference in 2019. Good-Jones played in the West-West Shrine Bowl following his senior season. His 49 starts with the Cyclones are the most in school history. As a senior, Good-Jones helped pave the way for an Iowa State offence which broke school records for total offence, touchdowns, passing yards and yards per play. The Cyclones also conceded just 16 sacks, the fewest in the Big 12.

As a senior in 2014 at Washington High School in Cedar Rapids, Iowa, Good-Jones helped lead his team to a 13-1 record and the state’s Class 4A title game. He was a part of an offensive line that contributed to the team’s 280 rushing yards per game. He majored in civil engineering at Iowa State and was named first-team all-academic for the Big-12 in 2016 and 2017.