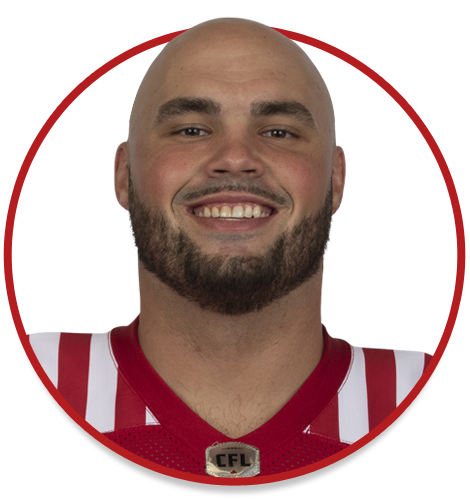 (Calgary) Lawrence was under contract with the Stampeders but the season was cancelled because of the global pandemic.

(Calgary) Lawrence appeared in all 18 regular-season contests and made the first seven starts of his caeer – six at centre and one at left guard. He was also dressed for the Western Semi-Final.

(Calgary) Lawrence appeared in six games as the sixth offensive lineman during his rookie season. He made his CFL debut in the season-opener against Hamilton. Lawrence finished the season on the practice roster.

Lawrence played four years (2014-17) at Alberta. In 2017, he was a first-team all-Canadian and blocked for a Canada West-leading rush attack that compiled 1,769 yards. Lawrence was a second-team Canada West all-star at centre in 2016 and a first-team conference all-star at guard in 2015.