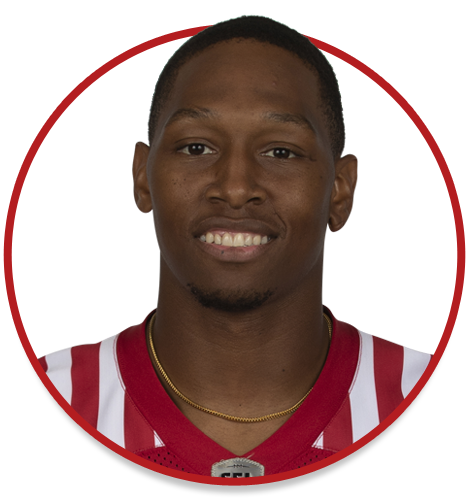 (Calgary) Jorden made 11 starts for the Stamps, hauling in 53 passes for 767 yards and four touchdowns and earning West Division all-star recognition. His longest reception was 50 yards. Jorden had nine catches for 123 yards in the Labour Day Classic against the Elks and was named a CFL top performer of the week after making 12 catches – a career high – for 159 yards and a touchdown in the rematch in Edmonton five days later. He missed three games (Weeks 9, 10 and 11) with a hamstring injury. Jorden started the Western Semi-Final and had four catches for 33 yards.

(Calgary) Jorden was under contract with the Stampeders but the season was cancelled because of the global pandemic.

(Calgary) Jorden sat out the entire regular season as he completed rehab from a knee injury. He returned to action in the Western Semi-Final, making two catches for 15 yards.

(Calgary) Jorden earned West Division all-star honours despite playing just nine full games before suffering a season-ending knee injury against Edmonton in the Labour Day Classic. Though he played barely half the season, Jorden ranked fourth in the West with 944 receiving yards and was sixth in the division with six touchdown catches. He established a franchise single-game record with a 249-yard performance against the Winnipeg Blue Bombers in Week 11. Jorden had 11 receptions of at least 30 yards and 22 catches that allowed the Stamps to convert second downs. He was a CFL player of the week in Weeks 8 and 11 and the CFL’s player of the month in August after making 20 catches for 500 yards in three games.

(Calgary) Jorden played and started 10 games and had 52 catches for 717 yards and six receiving touchdowns. He also had one carry for one yard and a touchdown and a two-point convert reception. He was placed on the six-game injury list prior to Game 7. Jorden started both post-season games and had 100-yard performances in both contests. He had six catches for 111 yards – as well as one carry for 17 yards – in the Western Final and six catches for 117 yards and a touchdown in the Grey Cup.

(Calgary) Jorden played nine games (eight starts) and had 42 catches for 580 yards and three touchdowns. He also had one rush for six yards, a two-point convert catch and a blocked punt. Jorden started in the Western Final and had five catches for 52 yards and hauled in a two-point convert. He also started in the Grey Cup and had five catches for 75 yards. He was the team’s leading receiver in Week 1 and scored his first career touchdown.

(Calgary) Jorden played two games (one start) and had two catches for six yards. He was on the reserve list for Games 4 and 5 and spent time on both the one-game injury list and practice roster.

(Calgary) Jorden made his CFL debut on Nov. 1 against the Blue Bombers. In one game, he had one catch for seven yards and two special-teams tackles. He was on the practice roster when he first joined the team and spent Week 19 on the injured list.

(Calgary) Jorden spent four weeks on the Stamps’ practice roster after signing with Calgary on Oct. 2.

Honoured: CFL player of the month for August of 2018 season

Jorden played two full seasons at Bowling Green University (2011-2012) and was a two-time selection to the all-Mid-American Conference first team. He played and started 24 games over two years with the Falcons and finished with 16 career touchdown receptions, 174 catches and 2,198 yards. In 2010, Jorden led the MAC with 96 receptions and accumulated 1,109 receiving yards and four touchdowns. His reception and yardage totals were both third-best in school history. The following season, he had 78 receptions for 1,089 yards and 12 touchdowns and he had five 100-yard games. Prior to attending Bowling Green, Jorden played for Hudson Valley Community College.

As a senior at Penn Wood High School in Lansdowne, Penn., Jorden recorded 36 receptions for 626 yards and 10 touchdowns and earned second-team all-state honours while serving as a team captain.