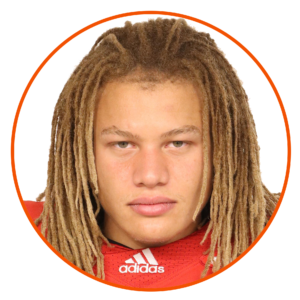 (BC) Johnson spent training camp with the Lions before being released.

Johnson redshirted at the University of Saskatchewan in 2015 before spending four seasons (2016-19) at York. In 25 games for the Lions, he rushed 248 times for 1,199 yards and six touchdowns in addition to making 34 catches for 390 yards and one score. He finished his career with the seventh-most rushing touchdowns and 10th-most rushing yards in school history.

Johnson was named to team Saskatchewan for the 2013 Football Canada Cup, represented Canada at back-to-back U-19 International Bowls in Arlington, Tex., and participated in the East-West Bowl following his 2018 season. He also participated in track and field at York and was recognized as both a U Sports all-Canadian and York’s male athlete of the year in 2018. Johnson was added to Canada’s national bobsleigh program in 2020. He majored in theatre at York.