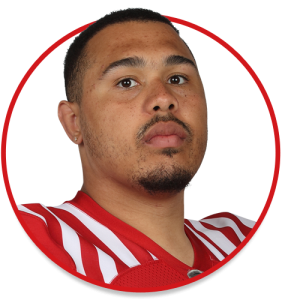 Ebanks played in the German Football League for the Hildesheim Invaders in 2018 and 2019. He joined the Stockholm Mean Machine in the Swedish Superserien before signing with the Hamburg Sea Devils in the European League of Football on May 24, 2021, and earning a spot on the EFL’s all-star team.

Ebanks played on both the offensive line and defensive line for the University of Hull in England. He played four seasons for the Sharks.