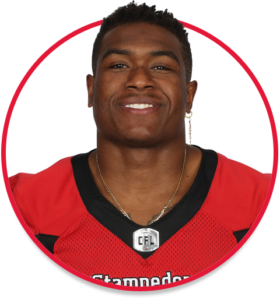 Pro path
Jerome signed as an undrafted free agent with the National Football League’s San Francisco 49ers on May 5, 2017, and made the initial 53-man roster before being released on Oct. 10, 2017. In four pre-season games for San Francisco, Jerome recorded three tackles. He then signed with the Seattle Seahawks on July 30, 2018, and was released on Sept. 2, 2018. Jerome was the first player from Saint Francis (PA) to make it to the NFL in 52 years.

College
Jerome played four seasons (2013-16) at Saint Francis (PA) and recorded 252 tackles including 14 tackles for loss, 18 interceptions with two touchdown returns, two forced fumbles, one fumble return, 29 knockdowns and five sacks. On special teams, he returned 45 kickoffs for 1,225 yards and three touchdowns and added 39 punt returns for 295 yards and one touchdown. Jerome also saw limited time on offence, completing his only two pass attempts for 86 yards and making one reception for a 48-yard touchdown. He played in the NFLPA Collegiate Bowl and Senior Bowl following his final season with the Red Flash.

Personal
In addition to playing defensive back, Jerome was a three-year starter at quarterback for J.P. Taravella High School in Coral Springs, Fla.