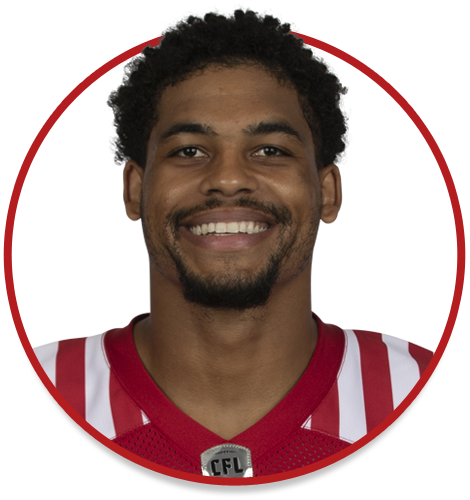 Branch signed with the National Football League’s Atlanta Falcons as an undrafted free agent on May 1, 2017. He was waived at the conclusion of training camp but joined the Falcons’ practice squad on Sept. 3, 2017. Branch also attended Atlanta’s training camp in 2018. He signed with the Pittsburgh Steelers on Jan. 16, 2019, and was released on Aug. 31, 2019, at the conclusion of training camp. In 2020, he played five games for the XFL’s Tampa Bay Vipers and recorded 33 tackles including two tackles for loss and one sack. On Oct. 12, 2020, he was selected by the Alphas of The Spring League.

(Calgary) Branch played one game for the Stampeders and recorded one defensive tackle. He was placed on the six-game injured list after suffering a broken leg in Game 1.

Branch played 43 games over four years (2012-13, 2015-16) at Robert Morris. He recorded 251 career tackles for the Colonials and also had seven interceptions, three forced fumbles and 21 pass breakups. Branch earned first-team Northeast Conference honours in 2015 and 2016 and was a second-team all-conference player in 2012. Branch was also the conference’s defensive rookie of the year in 2012.

Branch is an alumnus of Miami Southridge Senior High School in Miami. As a senior in 2011, he earned first-team all-Dade County recognition as he recorded 77 tackles and had three interceptions including two picks returned for touchdowns.