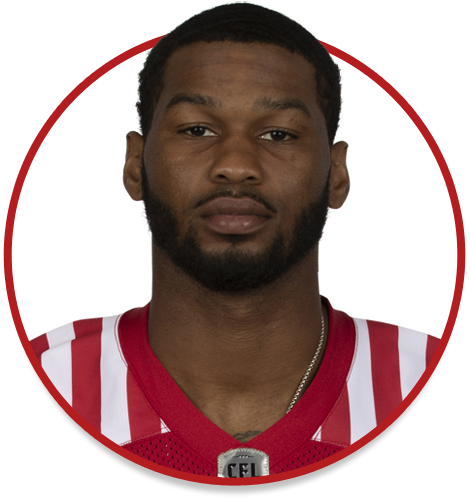 (Calgary) Ambles was under contract with the Stampeders but the season was cancelled because of the global pandemic.

(Calgary) Ambles started nine games for the Stamps and finished fifth on the team in both receptions (35) and receiving yards (407). He had season highs of 12 receptions for 108 yards in a Week 3 victory over the BC Lions. Over the course of the season, Ambles also had three carries for 14 yards and returned one kickoff for 10 yards. He did not play after the Labour Day Classic because of season-ending ankle surgery.

(Calgary) Ambles was on the Stamps’ practice roster until being activated in September. He started six regular-season games and made 28 catches for 306 yards and four touchdowns. His first major came in a Week 18 contest against BC, which started a streak of four consecutive games with a touchdown. He had season bests in Week 19 against Saskatchewan with eight receptions for 84 yards. Ambles started the Western Final and made three receptions for 41 yards.

(Toronto) Ambles signed with the Argos in May and was on the practice roster until being released on Aug. 7.

Ambles spent two seasons (2013-14) at Houston. In 23 games including 12 starts for the Cougars, he had 49 receptions for 791 yards and five touchdowns. Prior to attending Houston, he played one season at Arizona Western and one season at Southern California.

Ambles received all-state honours as a junior at Henry County High School and was named to the 2010 US Army All-American Bowl as a senior. He majored in health at Houston.