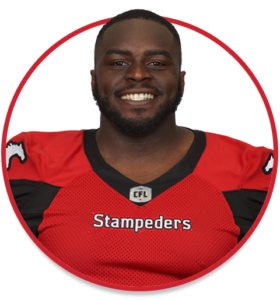 College
Tanyi played 39 games over four seasons (2015-18) at the University of Maryland. For his college career, he registered 69 tackles including four tackles for loss, two sacks and one knockdown. Tanyi started all 12 games as a senior in 2018.

Personal
Tanyi played baseball and competed in discus and shotput on the track and field team at George Bush High School in Houston. In football, he was named first-team all-district as well as team MVP while serving as a team captain for his senior season. Tanyi’s parents immigrated to the United States from Cameroon.