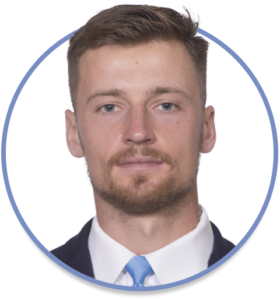 Pro path
O’Connor was selected by Toronto in the third round (20th overall) in the 2019 CFL draft.

2019
(Toronto) O’Connor dressed for nine games during his rookie season and saw his first game action in Weeks 20 and 21. In those two contests, he completed 15 of 25 passes for 173 yards and one touchdown. His first career touchdown pass came in Week 20 against Ottawa as he connected with Rodney Smith on an 11-yard score. O’Connor also had one carry for one yard

College
O’Connor played four seasons (2015-18) at UBC, completing 773 of 1,197 pass attempts for 9,990 yards and 61 touchdowns. The Thunderbirds qualified for the playoffs each season. During his first season in 2015, he started all eight games and completed 165 of 276 attempts for 2,383 yards and 13 touchdowns as the Thunderbirds finished the regular season at 6-2. O’Connor would go on to lead UBC to a Vanier Cup title and was named the game’s MVP. O’Connor began his collegiate career at Penn State where he redshirted during his freshman season.

Personal
O’Connor was raised in the Ottawa area and attended IMG Academy in Bradenton, Fla. He majored in business at UBC.