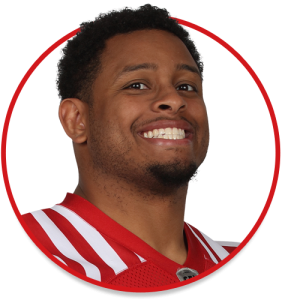 Rose signed with the National Football League’s New York Giants as undrafted free agent on May 6, 2016. He was released on Aug. 30, 2016.

(Calgary) Rose made 13 starts in 13 games played at defensive tackle and recorded 24 tackles including three tackles for loss, seven sacks and three knockdowns. His sack total was tops in the CFL among interior linemen and he was Calgary’s nominee for Most Outstanding Defensive Player as well as a West Division all-star. Rose had a pair of sacks in a Week 10 victory at Saskatchewan and two more in a Week 13 win at Ottawa. In the Western Semi-Final, he made four defensive tackles.

(Calgary) Rose was under contract with the Stampeders but the season was cancelled because of the global pandemic.

(Calgary) Rose started all 18 regular-season games for the Stamps and led all CFL interior linemen with 46 defensive tackles. That total included five tackles for loss and he also had five sacks, one forced fumble, one fumble recovery and four special-teams tackles. His first CFL sack came in a Week 4 contest in Saskatchewan and he had his first two-sack performance in Week 15 at Toronto. Rose also started the Western Semi-Final and recorded one defensive tackle.

(Calgary) Rose played and started one game, a Week 14 contest in Hamilton. He recorded three tackles including one tackle for loss.

Honoured: Calgary’s nominee for Most Outstanding Defensive Player in 2021

Rose appeared in 51 games over four seasons (2012-15) at North Carolina State. He recorded 121 tackles, 34 tackles for loss, 17 sacks and four forced fumbles for the Wolfpack. As a freshman, Rose blocked a punt which led to the game-winning touchdown against the third-ranked Florida State Seminoles.

Rose was a three-year captain at Hillcrest High School in Simpsonville, S.C. He also saw time on the offensive side of the ball in high school, registering four rushing touchdowns for the Rams.