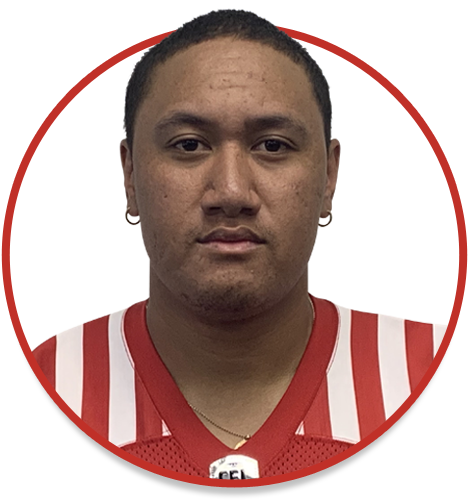 Pro path
Aiolupotea-Pei was drafted by the Edmonton Elks in the second round (17th overall) of the 2021 global draft. He started the season on the Elks’ practice roster and was released on Aug. 18, 2021.

2021
(Edmonton/Calgary) Aiolupotea-Pei started the season on Edmonton’s practice roster and he was released on Aug. 18. He signed with Calgary on Aug. 23 and was placed on the Stampeders’ practice roster.

College
Aiolupotea-Pei made six starts in 25 games over two seasons (2018-19) for Washington State, recording 29 tackles including 4.5 tackles for loss, 3.5 sacks and one forced fumble. He was invited to the Hula Bowl following his senior season. Prior to suiting up for the Cougars, he played at Riverside City College in California.