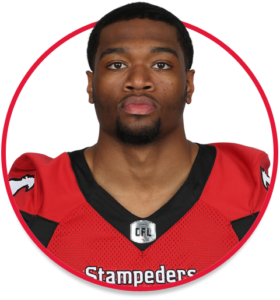 2018
(Calgary) Cozart joined the Stamps on Aug. 14 and served as the No. 3 quarterback for the regular season’s remaining 11 games as well as the Western Final and Grey Cup. He did not see any game action.

Cozart earned first-team all-state honours after leading Bishop Miege High School in Roeland Park, Kan., to the Class 5A state title in 2012. He threw for 2,759 yards and 25 touchdowns during the Stags’ championship season. He also excelled in basketball at Bishop Miege. Prior to transferring to Boise State, he completed his degree in sports management at Kansas.