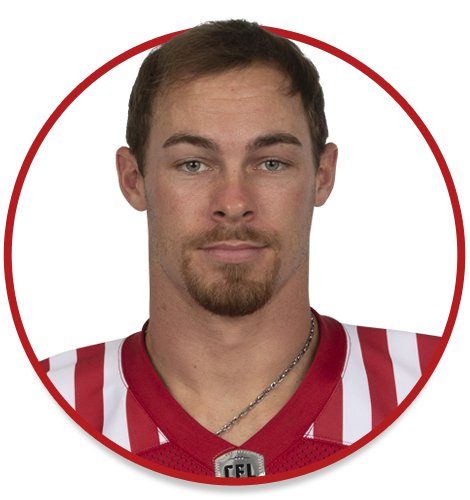 Holley signed with the National Football League’s Los Angeles Rams as an undrafted free agent on May 14, 2018. He was released on Aug. 31, 2018. In 2020, Holley played five games for the XFL’s Houston Roughnecks and had 21 receptions for 267 yards and two touchdowns. Later in the year, he played for the Conquerors in the Spring League.

(Calgary) Holley played three games including his CFL debut in Week 6 at Edmonton. He made two starts. Holley had 10 receptions for 105 yards and three kickoff returns for 57 yards. He finished the season on the practice roster.

Holley played 40 games over five seasons (2013-17) at Kent State. He was granted a fifth year of eligibility after he suffered a season-ending injury in the third game of his junior campaign in 2015. Holley saw action at running back and receiver for the Golden Flashes until making the conversion to quarterback in 2016. For his career, he threw for 974 yards and six touchdowns, rushed for 1,776 yards and 14 scores and caught 47 passes for 380 yards and five majors. Holley was a member of the academic all-Mid-American Conference team in 2014 and 2016.

Holley’s twin brother Nate was a member of the Stampeders in 2019 and was named the Canadian Football League’s Most Outstanding Rookie that year. He is an alumnus of Whitmer High School in Toledo, Ohio. In his senior season with the Panthers, he ran for more than 1,800 yards and threw for 21 touchdowns as he led Whitmer to the state final. Holley overcame three serious knee injuries and a broken back over the course of his career to make his professional debut in 2020 with the Houston Roughnecks of the XFL.