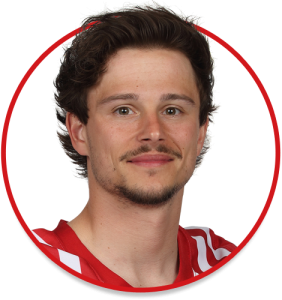 (Calgary) Statz played 12 games and made three special-teams tackles. He finished the season on the six-game injury list after hurting his shoulder in a Week 13 contest in Ottawa. In Week 11 at BC, Statz delivered a key block that helped spring Roc Thomas for a 101-yard kickoff-return touchdown.

(Calgary) Statz was under contract with the Stampeders but the season was cancelled because of the global pandemic.

(Calgary) Statz attended training camp with the Stampeders, recording four defensive tackles and one special-teams stop in two pre-season contests, before returning to his university team.

In 43 career games at the University of Calgary, Statz had 125 tackles and eight interceptions. In 2019, he played an integral role in the Dinos’ Vanier Cup-championship season, most notably with his interception on a two-point convert attempt on the final play of the game that preserved a 47-46 Canada West semifinal victory over Manitoba. Statz played a total of 10 regular-season and post-season games in 2019 and had 30 total tackles, three interceptions, one forced fumble and one fumble recovery.

Statz attended Calgary’s Notre Dame High School along with Stampeders teammate Colton Hunchak. Statz won both city and provincial titles in 2013 and also participated in track and field where he was a two-time provincial champion in the 4×100 relay. He was teammates with his twin brother Aaron in both high school and university.