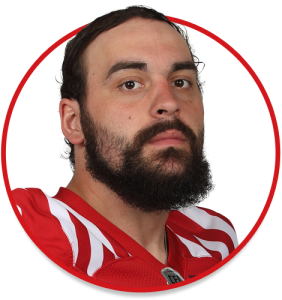 D’Avanzo first signed with the Stampders on Feb. 24, 2022, and he was released at the conclusion of training camp on June 4, 2022. He attended rookie camp with the National Football League’s Minnesota Vikings in 2017. He played two seasons (2019, 2021) with the Arizona Rattlers of the Indoor Football League and earned first-team all-star recognition both years as he accumulated a total of 12.5 sacks and 28 tackles for loss.

D’Avanzo played 49 games and made 35 starts over four seasons (2013-16) at New Mexico. As a senior for the Lobos, he earned second-team all-Mountain West Conference honours after registering 61 tackles including nine tackles for loss, five sacks and one fumble recovery in 13 games. For his career, D’Avanzo amassed 196 tackles including 27.5 tackles for loss, 11 sacks, four fumble recoveries and one forced fumble.

D’Avanzo starred at Archbishop Curley High School in Baltimore. He played on both sides of the ball for the Friars and earned all-state honours as a defensive lineman. D’Avanzo was a liberal arts major at New Mexico.