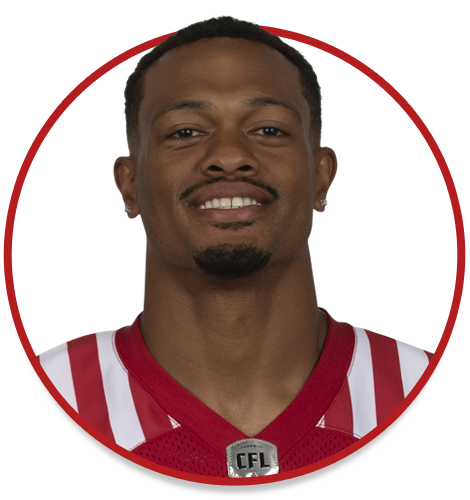 Wilson originally signed with the Stampeders on May 1, 2019. He opted out of his contract on Sept. 3, 2020. Wilson spent two years (2017-18) playing in the German Football League for the Schwäbisch Hall Unicorns and was part of back-to-back German Bowl championship teams.

(Calgary) Wilson was under contract with the Stampeders but the season was cancelled because of the global pandemic. He opted out of his contract on Sept. 3.

Wilson started all 18 regular-season games for the Stampeders in 2019, his rookie campaign in the Canadian Football League. He made 36 defensive tackles, one special-teams stop, two interceptions, one forced fumble and eight knockdowns.

Wilson played 45 games over four seasons (2013-16) at Southeastern Oklahoma State. He registered 182 tackles including 10 tackles for loss, 18 interceptions with three returned for a touchdown, one forced fumble, one fumble recovery for a touchdown and 47 knockdowns for the Savage Storm. Wilson added two punt returns for 18 yards and nine kickoff returns for 178 yards. He redshirted during his freshman year. As a senior, Wilson was named first-team all-Great American Conference and led all Division II players with 24 pass breakups. He set the school’s all-time records for career interceptions and knockdowns.

Wilson was an honourable all-district selection at DeSoto High School as a senior. He majored in recreation at Southeastern Oklahoma State.