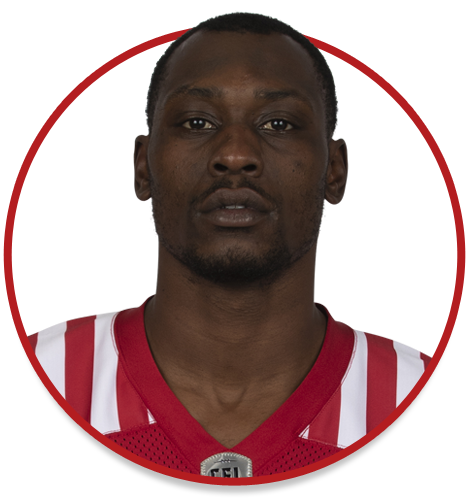 (Calgary) Leonard was under contract with the Stampeders but the season was cancelled because of the global pandemic.

(Hamilton) Leonard started all 18 regular-season games at halfback for the Ticats, registering 55 tackles including two tackles for loss, four interceptions including one returned for a touchdown, two forced fumbles, one fumble recovery and eight knockdowns. He was named an East Division and CFL all-star. Leonard started both the Eastern Final and the Grey Cup and recorded nine tackles including one tackle for loss.

(Hamilton) Leonard played and started 13 regular-season games and had 51 tackles including three tackles for loss, one interception and 10 knockdowns. He played both of Hamilton’s playoff games and had four defensive tackles and one knockdown.

(Hamilton) In his rookie season, Leonard started all 18 games and earned East Division all-star recognition. He finished second in the league with seven interceptions and also had 72 tackles including one tackle for loss, one special-teams tackle, three fumble recoveries including one returned for a touchdown, one forced fumble and a league-leading 13 knockdowns. In his CFL debut, he returned a blocked field goal 84 yards for a touchdown.

Leonard played four seasons (2011-12, 2014-15) at Florida International. He redshirted in 2013. In 49 career games for the Panthers including 32 starts, he accumulated 205 tackles including 6.5 tackles for loss, nine interceptions including two returned for touchdowns, three forced fumbles, five fumble recoveries and 37 passes defended. Leonard also played special teams, returning 37 punts for 577 yards and two touchdowns and 32 kickoffs for 2,145 yards and one major. During his junior and senior seasons, he earned first-team all-Conference USA honours both as a cornerback and as a punt returner.

Leonard is an alumnus of Miami Killian Senior High School. He also played basketball for the Cougars.