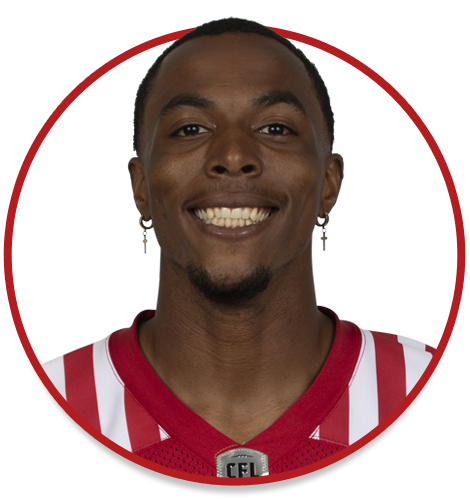 Thomas signed with the National Football League’s Minnesota Vikings as an undrafted free agent on Apr. 30, 2018. He played five games for the Vikings in 2018, carrying the ball eight times for 30 yards and making two catches for 21 yards. Thomas was waived by Minnesota on July 22, 2019. He signed with the Jacksonville Jaguars on Aug. 4, 2019, and was released with on Aug. 26, 2019.

(Calgary) Thomas was under contract with the Stampeders but the season was cancelled because of the global pandemic.

Thomas played two seasons (2016-17) at Jacksonville State. He was first-team all-Ohio Valley Conference both years and he was the conference’s offensive player of the year in 2017 after rushing for 1,065 yards and 13 touchdowns. In 21 career games for the Gamecocks, Thomas carried the ball 305 times for 1,847 yards and 20 touchdowns while adding 37 catches for 417 yards and one score. He transferred to Jacksonville State after playing 23 games in two years at Auburn. With the Tigers, Thomas had 86 carries for 475 yards and three touchdowns and 17 receptions for 227 yards and one touchdown.

Thomas was named Mr. Football in Alabama in 2013 after rushing for 2,211 yards and scoring 32 touchdowns during his senior season at Oxford High School.