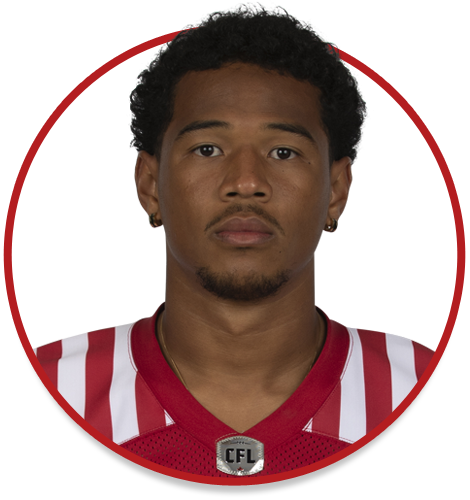 (Calgary) Metchie was under contract with the Stampeders but the season was cancelled because of the global pandemic.

(Calgary) Metchie started 17 regular-season games at safety for the Stampeders and recorded 48 defensive tackles including four tackles for loss. He had three interceptions – including his first career pick, which came in the Labour Day Classic against Edmonton – and added seven special-teams tackles and one knockdown. Metchie also was the starting safety for the Western Semi-Final and recorded three defensive tackles.

Metchie played 28 games over four seasons (2014-17) at Guelph and recorded 108 tackles including six tackles for loss, one sack, two interceptions, one fumble recovery, one forced fumble and nine pass breakups. In 2017, he was second on the Gryphons with 50 tackles.

Metchie was born in Nigeria and grew up in Brampton, Ont., and is a graduate of Brampton’s St. Edmund Campion Secondary School. He also played for the Ontario Varsity Football League’s Brampton Bulldogs.