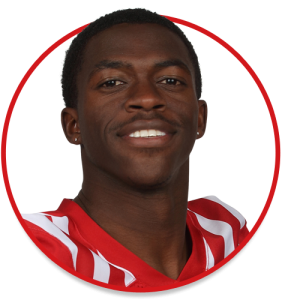 (Calgary) Bane played four games and had three receptions for 100 yards and one touchdown, 16 punt returns for 182 yards, seven kickoff returns for 138 yards and three missed-field goal returns for 55 yards.

(Calgary) Bane was under contract with the Stampeders but the season was cancelled because of the global pandemic.

Bane played four seasons (2015-18) at Northwest Missouri State and earned second-team all-Mid-America Intercollegiate Athletic Association honours in 2016, 2017 and 2018. He finished his Bearcats career with 212 receptions for 3,363 yards and 31 touchdowns in addition to 18 rushes for 51 yards and one score. He was also used in the return game, totaling 74 punt returns for 878 yards and two touchdowns along with 57 kickoff returns for 1,254 yards. Bane was named the MIAA freshman of the year in 2015. He finished his career ranked third in school history in punt-return average, fourth in receiving yards, fifth in receiving touchdowns and sixth in receptions.

Bane was a two-time all-star receiver at Sarasota High School. He was named a team captain and MVP as a senior.