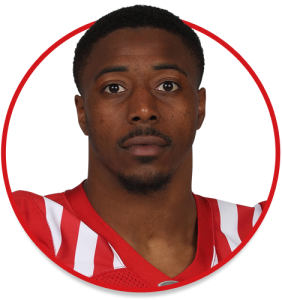 Stewart signed with the National Football League’s Baltimore Ravens as an undrafted free agent on May 3, 2019. He was released following the conclusion of the pre-season on Aug. 30, 2019. He joined the Alphas of The Spring League in 2020.

(Calgary) Stewart played 12 games for the Stampeders, seeing action on special teams and at linebacker. He recorded seven defensive tackles and nine special-teams stops. Stewart was also in uniform for the Western Semi-Final.

Stewart spent two seasons (2017-18) at Incarnate Word and appeared in 21 games for the Cardinals. He tallied 130 tackles including 7.5 tackles for loss, eight pass breakups, three interceptions, two forced fumbles and 0.5 sacks. He was named second-team all-Southland conference and helped lead Incarnate Word to its first conference title as a senior in 2018. He began his collegiate career at Riverside City College in California.

At Howard High School of Technology in Wilmington, Del., Stewart was an all-state linebacker and all-conference at both linebacker and tight end. He earned an associate degree in Kinesiology while at Riverside.