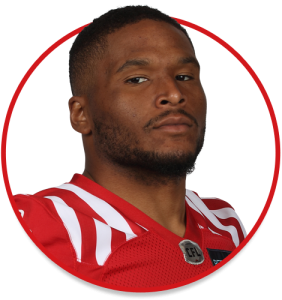 Pro path
Banks originally signed with the Stampeders on Feb. 6, 2020, and he was released on Feb. 8, 2021. He attended mini-camp with the National Football League’s Cleveland Browns in 2019. In 2021, he was a member of the Linemen, who won the championship in The Spring League.

(Calgary) Banks played 10 game including six starts and registered 22 defensive tackles, four sacks and one fumble recovery. He made his CFL debut in Week 3 and recorded four tackles. Banks was named the CFL’s top performer of the week after picking up three sacks, a fumble recovery and seven tackles in a Week 6 victory at Edmonton. He also played in the West-Semi Final.

(Calgary) Banks was under contract with the Stampeders but the season was cancelled because of the global pandemic.

Honoured: CFL top performer for Week 6 of the 2021 season

College
Banks played four seasons (2015-18) at Savannah State and earned all-Mid-Eastern Athletic Conference honours in 2016, 2017 and 2018 and all-American honours in 2017. In 41 career games for the Tigers, he recorded 226 tackles including 51.5 tackles for loss, 24.5 sacks, eight forced fumbles, six pass breakups and two interceptions.

Personal
Banks is an alumnus of Beechcroft High School in Columbus, Ohio. He earned first-team all-state recognition his senior season after accumulating 76 tackles, 31 tackles for loss, nine sacks, one fumble recovery, one forced fumble and one interception.