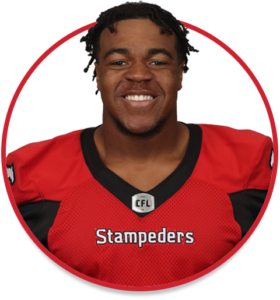 Pro path
Sheffield signed with the National Football League’s Cincinnati Bengals as an undrafted free agent on May 11, 2019. He attended training camp with the Bengals and was released on Aug. 30, 2019.

College
Sheffield played 45 games over four seasons (2015-18) at the University of Maine. He was a first-team Colonial Athletic Association all-star in 2018 after recording 84 tackles including 18 tackles for loss. Sheffield also had 9.5 sacks, one interception, two forced fumbles, one fumble recovery and seven pass breakups. Sheffield was also a finalist for the Buck Buchanan Award which is presented annually to the Football Championship Subdivision’s top defensive player. He was second-team all-CAA in 2017, third-team all-CAA in 2016 and was Maine’s defensive rookie of the year in 2015. Over his career with the Black Bears, Sheffield accumulated 229 tackles including 44.5 tackles for loss, 22.5 sacks, five interceptions, five forced fumbles, one fumble recovery and 15 pass breakups.

Personal
Sheffield is an alumnus of Clearview Regional High School in Mullica Hill, N.J. He played on both sides of the ball and during his senior season he recorded 72 tackles including 10 tackles for loss, five forced fumbles and an interception on defence and 23 catches for 339 yards and three touchdowns on offence.