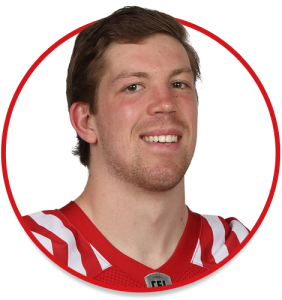 Schnitzler was drafted by the Hamilton Tiger-Cats in the eighth round (72nd overall) of the 2020 CFL draft.

Schnitzler played 16 games over two seasons (2018-19) at UBC, recording 45 total tackles including 7.5 tackles for loss, three sacks, one forced fumble and three pass breakups. Prior to joining the Thunderbirds, he played junior football for five seasons with the Saskatoon Hilltops and saw action as a defensive lineman, tight end and long snapper. During his time with Saskatoon, he was part of four national championship teams.

Schnitzler is an alumnus of Bishop James Mahoney High School in Saskatoon.