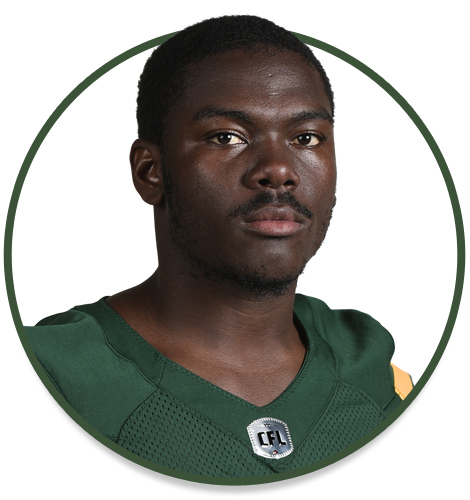 (Ottawa/Calgary) Washington spent training camp with the Ottawa Redblacks and appeared in two pre-season games before being released. He signed with Calgary on June 15.

(Edmonton) Washington played in all 14 regular-season games for the Elks, making 55 defensive tackles, one special-teams tackle and one forced fumble. He also co-led the CFL with five interceptions and returned one for a touchdown.

(Edmonton) Washington was under contract with Edmonton but the season was cancelled because of the global pandemic.

(Toronto) Washington played 13 regular-season games in his rookie season and recorded 33 defensive tackles including three tackles for loss, three knockdowns, two interceptions including one returned for a touchdown and one forced fumble.

Washington played 46 games over four seasons (2014-17) at Louisville. He registered 143 defensive tackles including 10 tackles for loss, 23 pass breakups, 10 interceptions including two returned for touchdowns, four sacks and four forced fumbles. Washington led the Cardinals in interceptions in both 2015 and 2017.

Washington attended Miami Killian Senior High School where he helped lead the Cougars to an 11-2 record as a senior and was named all-state. He made 50 tackles and four interceptions and returned two punts for touchdowns during his final season.