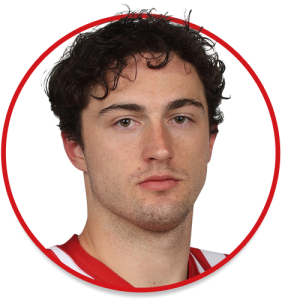 (Calgary) Middlemost played 13 games and made seven special-teams tackles and forced one fumble. He was also in uniform for the Western Semi-Final.

Middlemost is an alumnus of St. Mary Catholic Secondary School in Hamilton and was an economics major at McMaster. He was coached by Stamps current receivers coach Marquay McDaniel while playing for the Marauders in 2018.