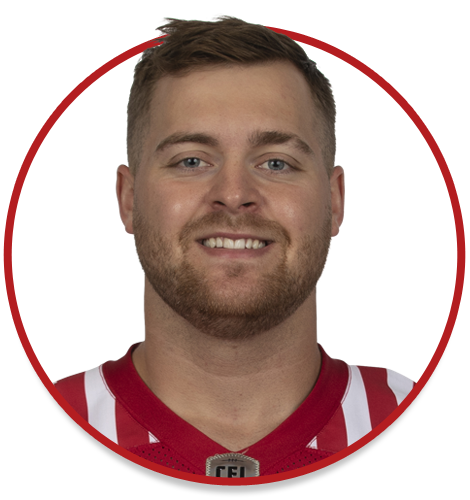 (Calgary) Desjardins was under contract with the Stampeders but the season was cancelled because of the global pandemic.

(Calgary) Desjardins played 11 regular-season games as a rookie. He had one forced fumble and one fumble recovery. Desjardins also played in the Western Semi-Final.

Desjardins was a Quebec conference all-star and first-team all-Canadian three consecutive years – 2016-18. In eight games for the Rouge et Or in 2018, he had 21 tackles including 13 tackles for loss and added 4.5 sacks and two forced fumbles. In 25 career games at Laval, the Quebec City native accumulated 51 tackles including 25 tackles for loss, 11.5 sacks, four forced fumbles and one fumble recovery.

Desjardins attended CEGEP’s Campus Notre-Dame-de-Foy prior to Laval. He majored in civil engineering.