Stampeders Foundation – Who We Are

The Stampeders Foundation is the charitable arm of the Calgary Stampeders Football Club, which is dedicated to creating a healthier and brighter community for Calgarians and Albertans. Established in 2013, the Foundation consolidates and strengthens the club’s many charitable endeavours, enabling the organization to build upon its long-standing commitment to the community.

The Stampeders Foundation is centered upon the support of amateur and grassroots football in Calgary and southern Alberta communities, while also supporting a number of health and education initiatives through player involvement and in-game programming.

In its short lifetime, the Foundation has donated over $2.5 million to football, which has been used to purchase equipment, provide post-secondary scholarships, and pay registration fees for youth. This does not include a $600,000 commitment to the Shouldice Athletic Fields Seasonal Shelter project. In total, the Foundation has contributed over $3.6 million to support southern Alberta communities.

The goal of the Stampeders Foundation is to the support of amateur and grassroots football in Calgary and Southern Alberta communities. 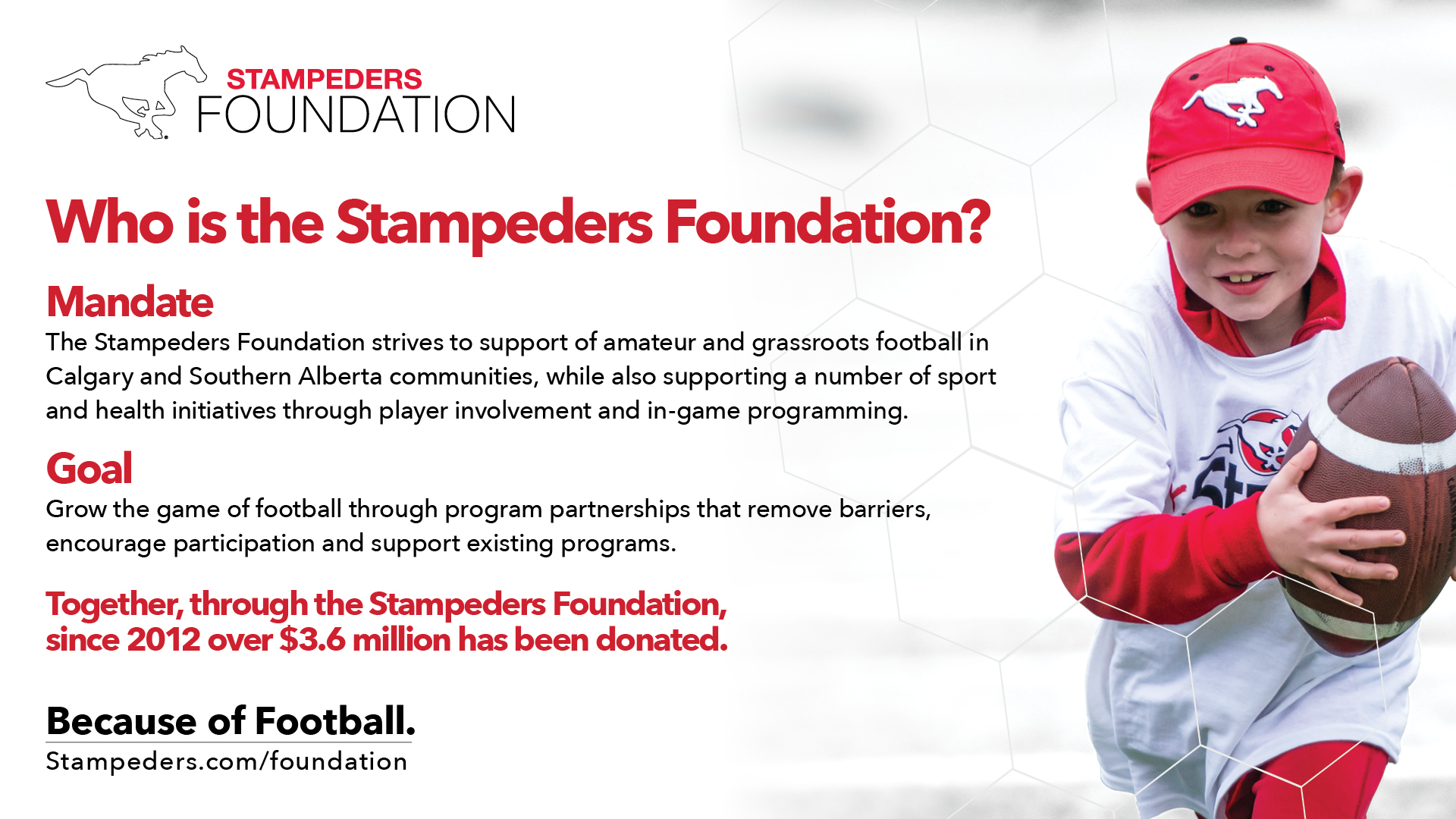 PAST PROJECTS AND ACCOMPLISHMENTS