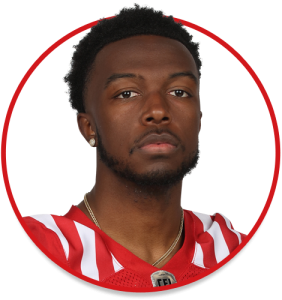 Williams signed with the National Football League’s Jacksonville Jaguars as an undrafted free agent on Apr. 4, 2020, and was waived on Aug. 9, 2020.

(Calgary) After starting the season on the practice roster, Williams made his CFL debut in Week 7 in Hamilton and started at cornerback. He played one game and recorded two tackles.

Williams spent three seasons (2017-19) at Arizona State and started in 37 of his 38 games with the Sun Devils. He recorded 143 tackles including 6.5 tackles for loss, 25 passes defended, two interceptions, one forced fumble and one fumble recovery. As a senior in 2019, he allowed only 18 receptions, the fewest in the Pac-12. As a first-time team captain, he was voted the team’s defensive MVP and named a Pac-12 honourable mention. He returned an interception for a 49-yard touchdown during his Arizona State debut in 2017. Prior to joining the Sun Devils, Williams played 11 games as a freshman at Long Beach City College and was named first-team all-conference.