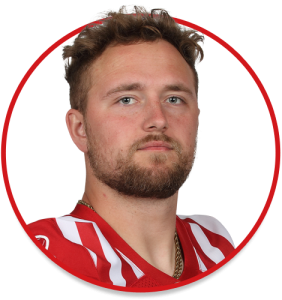 Stevens played his senior season (2019) at Mississippi State, starting all nine games for the Bulldogs and completing 97 of 161 passes (a 60.2-per cent completion rate) for 1,155 yards, 11 touchdowns and five interceptions. He also had 83 carries for 381 yards and four scores. Stevens had two passing touchdowns and one rushing major against Louisville in the Music City Bowl. He transferred to Mississippi State after three seasons (2016-18) at Penn State. In 20 games for the Nittany Lions, he completed 24 of 41 passes for 304 yards, four touchdowns and one interception. Stevens also had 76 carries for 506 yards and eight touchdowns along with 14 catches for 62 yards and two scores.

Stevens is a graduate of Decatur Central High School in Indianapolis. He played both quarterback and defensive back at Decatur and was a two-time all-conference selection. In 2014, he was named all-state at defensive back.