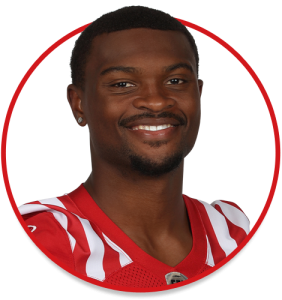 Dukes played 34 games over four seasons (2017-20) at South Florida. After limited action in his first three seasons with the Bulls with a total of eight catches for 103 yards and one touchdown, he made 24 receptions for 297 yards and four touchdowns in nine games as a senior.

Dukes is an alumnus of Wharton High School in Tampa, Fla. In his senior season for the Wildcats, he had 41 catches for 780 yards and 14 touchdowns.