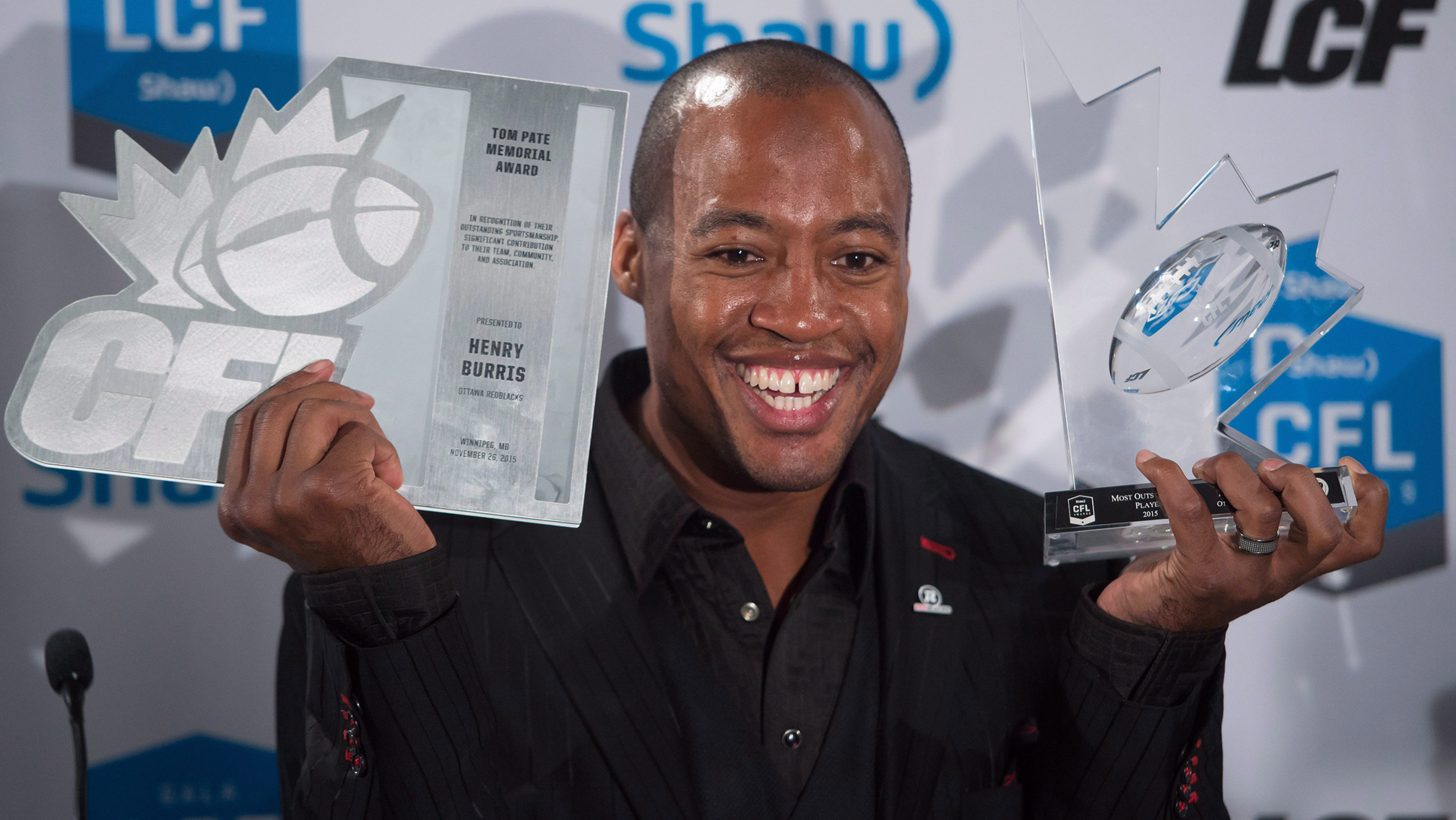 The official tally shows that the Calgary Stampeders were shut out in this year’s CFL awards.

There was nevertheless a distinct Stamps flavour to Thursday night’s proceedings at the Club Regent Event Centre in Winnipeg.

Start with the fact that former Calgary quarterback Henry Burris took home two big prizes — the Most Outstanding Player award and the Tom Pate Memorial Award for sportsmanship and contributions to his team and his community.

That Burris, who will lead the Ottawa RedBlacks into Sunday’s Grey Cup game, won two very different but equally special awards should come as absolutely no surprise to anyone in the Calgary area.

The man, after all, is at the top of most of the all-time passing categories in Stampeders history and his previous MOP award came as a member of the Red and White in 2010.

And when it comes to giving back to the community, Burris operated his All-Star Weekend in Calgary for a decade, continuing the program even after he had been traded to Hamilton, and helped raise almost $1 million for Big Brothers and Big Sisters.

Yet another Calgary-Ottawa connection came with the presentation of the Annis Stukus Trophy to honour the CFL’s coach of the year. The award went to former Stamps defensive coordinator Rick Campbell, who led the RedBlacks to a worst-to-first finish in 2015.

Campbell, who beat out Chris Jones, also a former Stamps defensive co-ordinator, for the award, singled out former Calgary boss John Hufnagel during his acceptance speech.

“I’ve gotten to spend a lot of time with a lot of coaches and the list is too long to name,” said Campbell, “but there’s one guy here tonight I would like to congratulate on the conclusion of his (coaching) career. The stat that baffles me the most is that he ended his career with a 69-game streak without losing two games in a row . . . Huff, congratulations on a great career.”