Be at Fanfest on Saturday 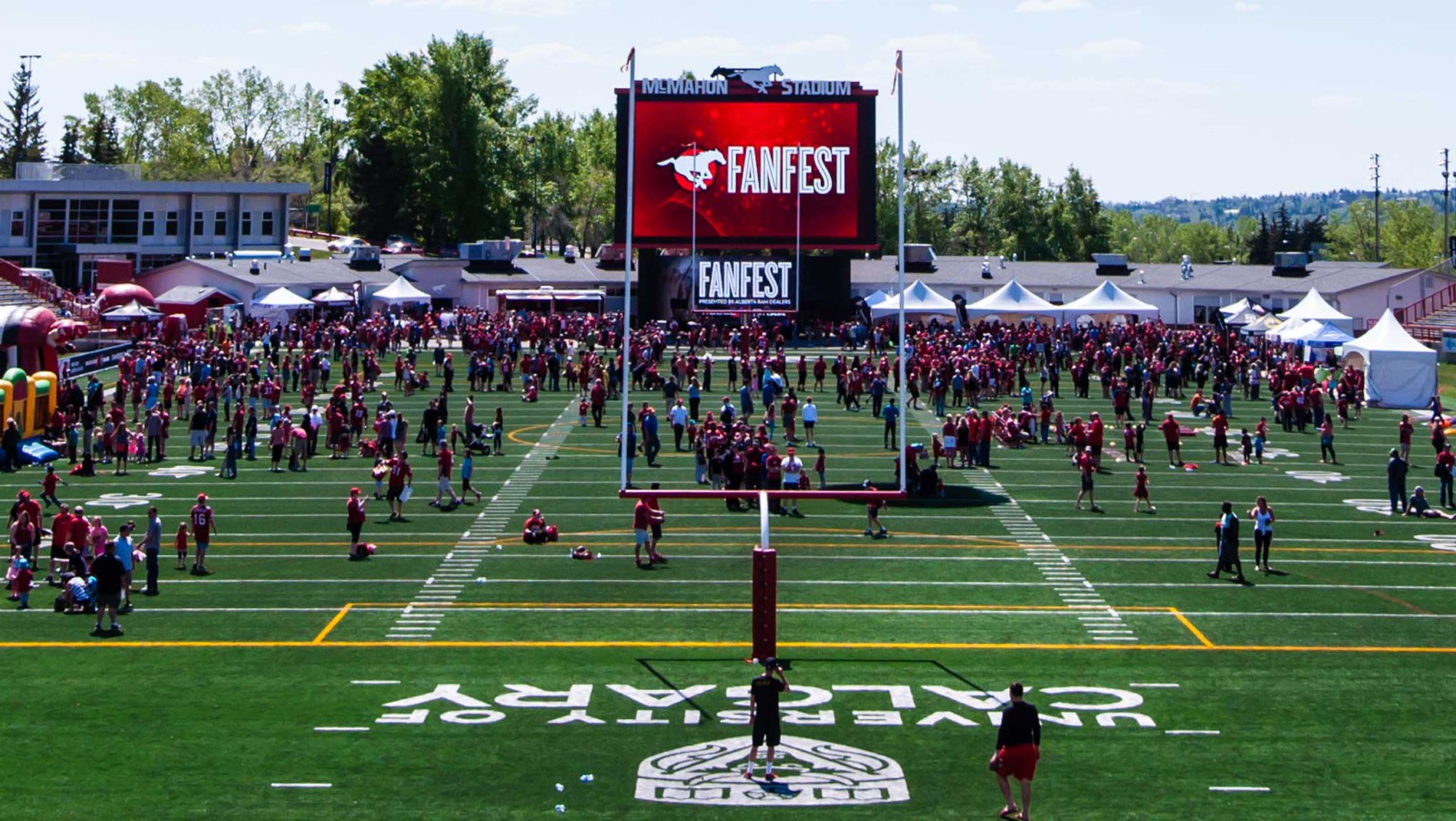 Be at Fanfest on Saturday

One of the Calgary Stampeders’ most-anticipated events is back for another season as Fanfest, presented by Your Alberta Ram Dealers, will be held at McMahon Stadium this Saturday, May 14.

This free event is suitable for the entire family and gets under way with a pancake breakfast at 8:30 a.m. in the East parking lot while Calgary band High Steppin’ Daddy performs live.

The activities move inside the stadium at 9:30 a.m. with booths, partner activations, games and activities on the McMahon turf. Fans will get the opportunity to walk through the locker room, to enjoy some food on the TELUS patio, meet Ralph the Dog and Quick Six the Stampeders touchdown horse and get autographs from players.

The Outriders, the best dance and cheer team in the CFL, will also be on hand as will Stampeders alumni. Fans can pose for a photo with the Grey Cup, sign up for the Kids Club and check out the new 2016 authentic merchandise at the Stamps Store including the new adidas jerseys.

The Red Cross will be at the main entrance collecting monetary donations for Fort Mac relief efforts. Fan are also encouraged to text REDCROSS to 30333 anytime to make a $5 donation.

The Fanfest fun continues until 1 p.m.

“Fanfest has been a great event for a number of years and we’re looking forward to another great one on Saturday,” said Stampeders president and general manager John Hufnagel. “It’s always a pleasure to meet with the fans and talk about the upcoming season.”

Rob Cote, the winner of the Presidents’ Ring – which goes to the Stampeders player who best demonstrates excellence on and off the field – will be formally honoured at Fanfest. The team will also acknowledge Herm Harrison Memorial Award winner Bo Levi Mitchell for his tireless community involvement.

The Stampeders’ Ticket Office will be open from 9 a.m. to 4 p.m. The Stamps Store will also be open during those hours.

In the event of poor weather, Fanfest will be moved to the Foothills Football Dome (2255 Crowchild Tr. NW).